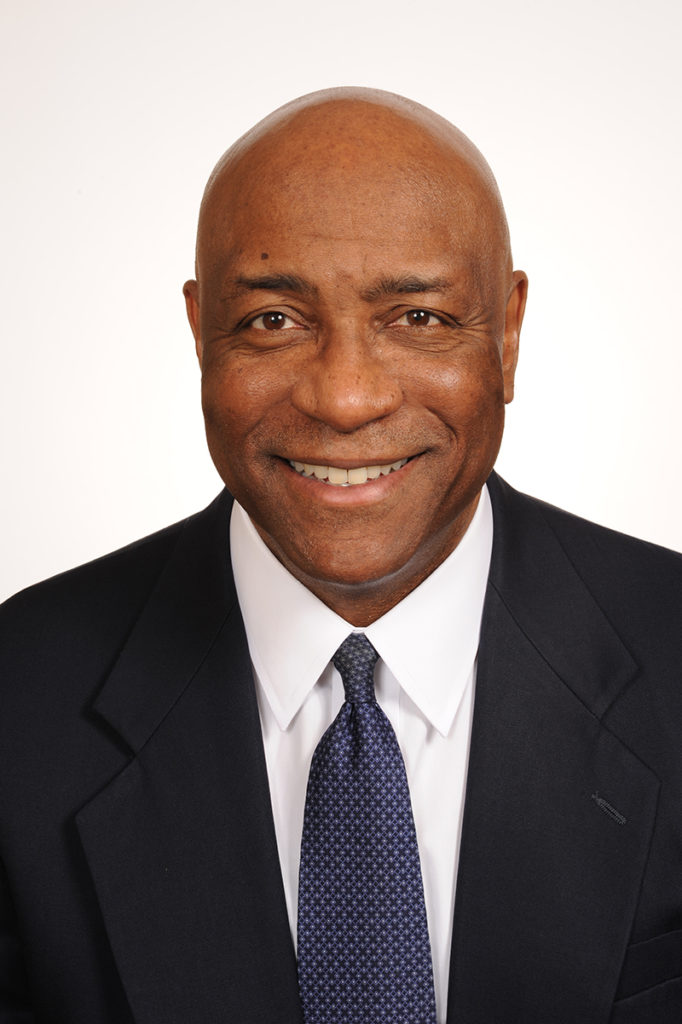 Shareholder
“Morality cannot be legislated, but behavior can be regulated. Judicial decrees may not change the heart, but they can restrain the heartless.”
- Martin Luther King, Jr.

Melvin C. Hall is an experienced litigator in Oklahoma City. His expertise includes litigating employment law and civil rights cases. He’s tried cases before administrative tribunals, state district courts, each of the three U.S. District Courts of Oklahoma, and the 10th Circuit Court of Appeals in Denver, Colorado. Mr. Hall was also nominated by President Clinton to be a Federal Judge in the United States District Court for the Western District of Oklahoma.

Following an eight-year public service career with the Cleveland County District Attorney’s Office, and serving as executive director of the Oklahoma Human Rights Commission, Mr. Hall joined the firm in 1988. He was elected shareholder in 1992. He is passionate about, and continues to lecture on, human rights and the civil rights movement.

Among many awards and recognitions, Mr. Hall has two scholarships in his name at his alma maters. He received the Association of Black Lawyers Opio Toure Champion of Justice Award, Oklahoma Bar Association Ada Lois Sipuel Fisher Diversity Award, Langston University Distinguished Alumnus Award and University of Oklahoma Black Alumni Society Trailblazer Award. In 2007, he was named “A Man of History” in Sooner Lawyer Magazine.

Mr. Hall obtained his Juris Doctor from the University of Oklahoma College of Law in 1981, where he served two terms as president of the Black American Law Student Association and as a legal intern for the Cleveland County District Attorney’s Office. Prior to law school, Mr. Hall attended Langston University where he earned a bachelor’s degree and was recognized as a top student in educational psychology.